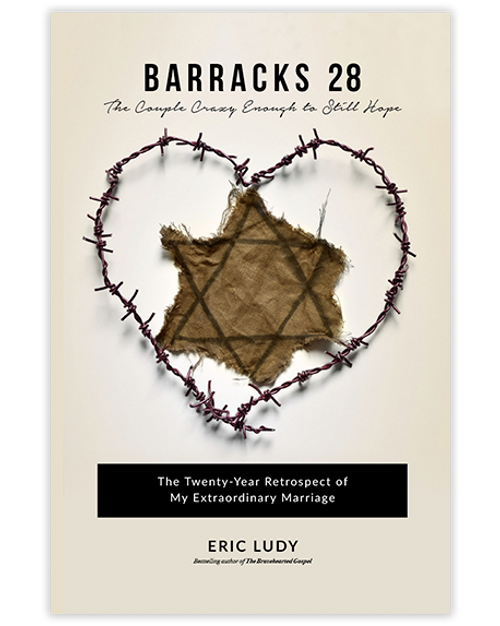 This personal vignette of the Ludys marriage, originally written as a gift for Leslie in celebration of their twentieth anniversary anniversary, reveals the beauty that difficulty brings to marriage … when Christ is at the center. Now approaching their 25th year of marriage, Eric and Leslie desire to share one of the greatest and most profound secrets of their marriage to share the message of God’s faithfulness in Barracks 28. Available forpurchase for a limited time through August 23rd.

You see, “difficulty” is not the damper to beauty, but the catalyst to it. Leslie and I do not live in a peaceful hermit’s cottage. But that isn’t to say our life isn’t marked by an extraordinary peace. We don’t live hidden in the vale of ease and comfort. But that isn’t to say that our life isn’t marked by the most divine heavenly comfort. And, no, we do not have a marriage untouched by the struggles and battles of this life. And yet, I wouldn’t trade places with any other man in all of world history. I don’t want a cozy romantic hideaway. I want Barracks 28.

The First 90 Days of Marriage